I’ve been using RamNode for a while now and had some spare DigitalOcean credit so I decided to do a comparison between the two.

For this comparison I’ve used the “RamNode [Premium] OpenVZ SSD 512MB NYC” VPS and the “DigitalOcean 1GB NYC1” VPS which are both $5 per month. 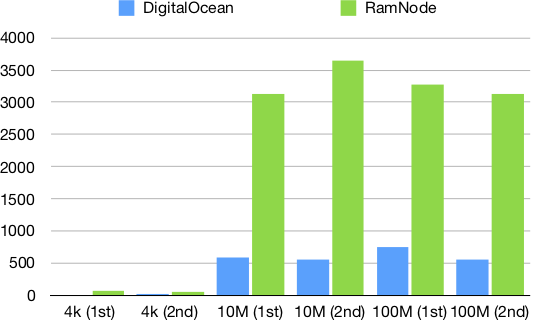 Winner: RamNode by a big margin!

The RamNode VPS comes with two vCPUs so has an advantage. The downside is using them 100% all the time is not allowed by their terms of service. Personally I’d like them to just limit it to what you are allowed, I believe this is what DigitalOcean does but not 100% sure.

Winner: RamNode but not by a big margin as you csan’t use 100% of their resources all the time 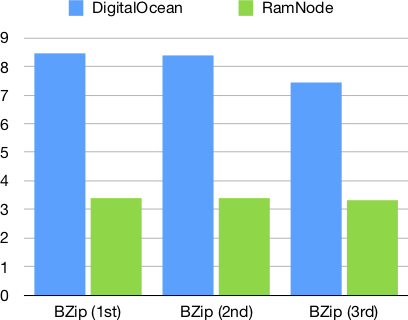 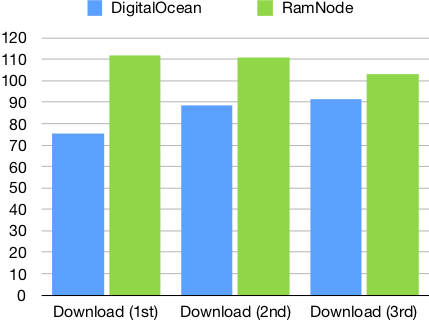 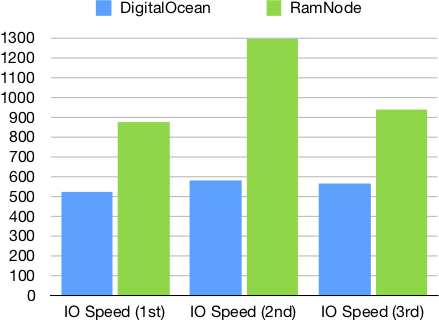 Pinging out to google.com gave the same average ping on both (±0.1ms) although that probably says more about Google than their networks. 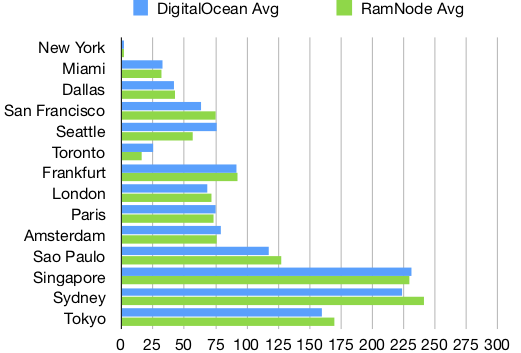 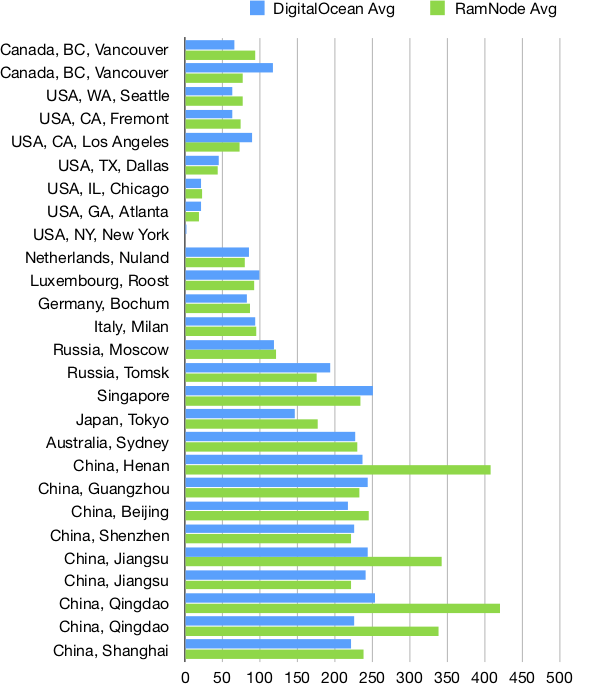 Winner: DigitalOcean but only just, down to RamNode’s high pings in China

Personally, I prefer DigitalOcean’s UI and ease of managing droplets. DigitalOcean also has extra features like floating IP’s, droplet resizing, backups and block storage. RamNode, on the other hand, has better performance and offers DDoS protected IP’s. The downside is their terms of service specify you can’t use too much CPU which, as far as I’m aware, is not the case with DigitalOcean.

I’ve been using RamNode for ~3 years now and the only issue I’ve had was very early on when some of their IP’s were being DDoS’ed and mine ended up being one of them. It wasn’t really their fault and they were quite quick to change the IP so overall not a massive issue.

Personally, I don’t think you can go really wrong with either of them. For small websites where you just need a single sever without any extra features RamNode seems like the better choice. For large websites that need the extra features then has to be DigitalOcean.