Being impatient I decided to update my laptop to Ubuntu 18.04 the day it was released. I did a fresh minimal install and so far everything works without any big issues. There are a few smaller issues that with snaps though.

When I first installed Inkscape it looked like Windows 95: 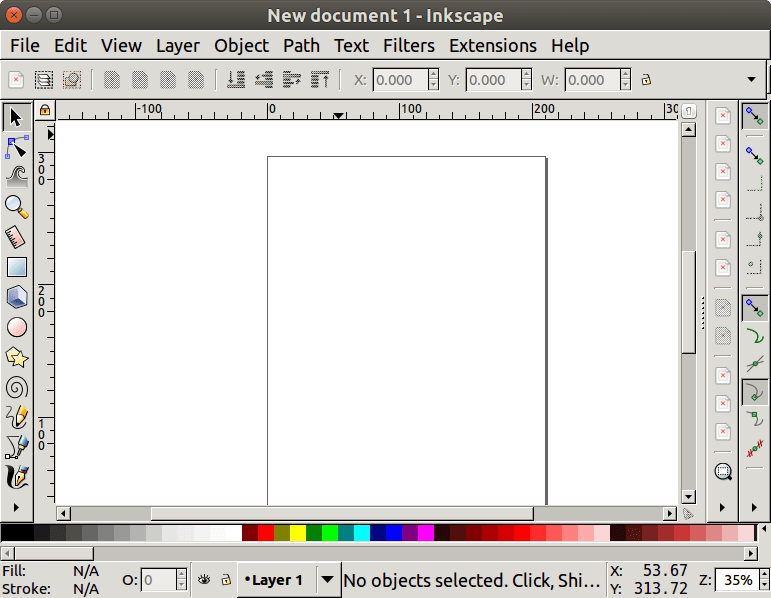 After a bit of hunting, I discovered I’d installed the snap version. Removing it and installing the regular repository fixed the issue:

The fact there was a theming issue with the snap version does make me wonder if snaps are ready yet, at least for desktop software.

Another issue I had was with LibreWriter not matching the GTK theme. Turns out I’d forgotten to install the libreoffice-gtk3 package (a downside of a minimal install).

The final little issue I had was with snap creating a snaps directory in my home folder which I would prefer to be hidden. Luckily you can hide it with:

Luckily using the Gnome tweak tool you can adjust the font scaling which seems to adjust everything else too: 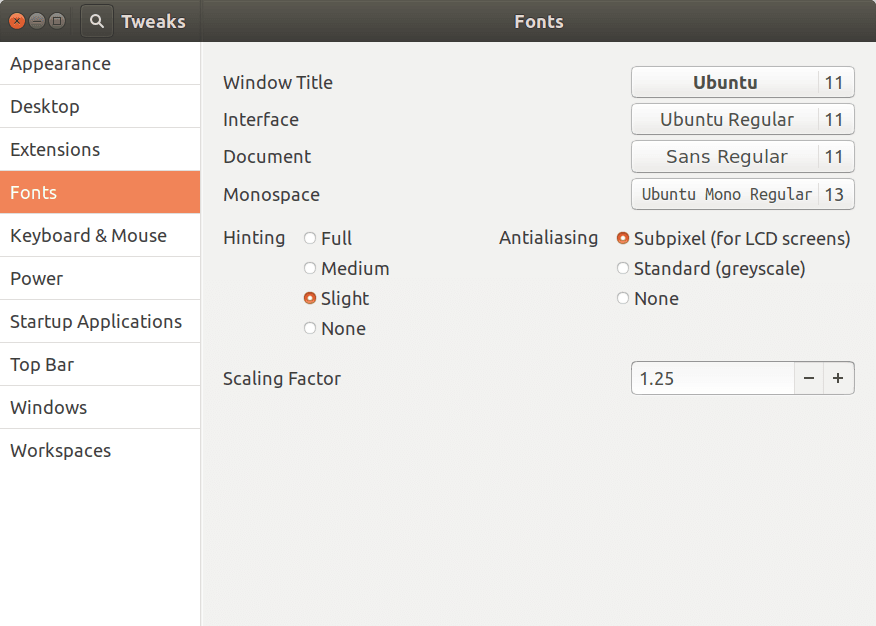 I also adjusted the dock icon size to 56 in the settings and had to manually change the Firefox layout.css.devPixelsPerPx setting in about:config to the scaling I wanted (Chrome picked up the scaling automatically).

Doing the above works well, at least so far, except for some snaps not honouring the scaling. Given that some don’t even use the system theme I’m inclined to avoid snaps for the time being.

Overall it works well. So for fractional scaling, setting the scaling to the nearest integer and then adjusting the font scaling seems to be a good solution.

Gnome shell supports night light mode which I love! It works just like Night Shift / f.lux on Mac (or RedShift on Linux) by adjusting the amount of blue light at night.

The default temperature is very warm but it can be adjusted by changing the org.gnome.settings-daemon.plugins.color night-light-temperature setting which supports the values:

Personally I find 5250 to be about right:

I really like this release of Ubuntu. The minimal install option is a nice addition and it’s nice to use Gnome shell. The scaling is also working well so far.

My main complaint is with snaps which, while they seem like a good idea, I can’t help thinking are not quite ready yet. At the very least I think the software center should show the non-snap versions first for now. Having said that, the theming and scaling issues don’t seem to affect all snaps so hopefully things will improve.

I do wonder why Canonical decided not to use Flatpak. It looks like we’ll end up with two common formats again (like Deb and RPM). To be fair I don’t know why they decided against Flatpak so there might be some good technical reasons.

Canonical did create Unity instead of using Gnome but that looked like it was for a unified Ubuntu phone system which made sense at the time. Maybe there’s something like that planned which isn’t compatible with Flatpak? I don’t know but I can’t help thinking it would be better to work more on polish and stability fixes instead.

I love Gnome shell, night mode and the minimal install option. The fractional scaling workaround works well and everything is stable. Desktop snaps don’t seem to be quite ready yet.